WHY Do You Need To  Start with MWR Live!?

The Traveling Industrie is the Biggest on Earth, $7.6 + Trillion !

We where personally in Paris with the team for the Grand Opening, of France and Europe on the 19-03-2017.
It was amazing. And we have spoken to the Owner Yoni for a long time.
So how to earn with this great Traveling Program!

1 May We will get Not only Hotels :

+ We will get : Points If We Travel. This Points are Money, The more you travel the more you Earn!

Traveling and Earning When You Are Enjoying the Amazing Holidays,

You never will go back Home!

My and Yony In Paris. 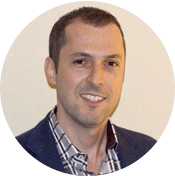 Yoni immigrated with his family to Canada at a young age. After graduating at the top of his class from Canada’s premier business institution, York University’s Schulich School of Business, he worked two years in investment banking, advising publicly traded companies on equity, debt and M&A transactions. “It was a terrific learning experience. Business school is great, but it doesn’t come close to the real deal. I learned more in my first month on the job than I did in all four years of college,” he reveals.

Yoni’s first experience working for the “boss” was also his last. Although he was earning a six-figure income in his early twenties, he realized that by its very nature, a job comes with financial, emotional and spiritual constraints. “Everybody thought I was crazy for leaving my job. But I knew I wanted to be my own person, on many levels. Life is the greatest gift we are given and I did not want to miss out on my dreams. I trusted myself and took a leap of faith that would define my life forever.”

After taking a year off to concentrate on music, one of his life’s passions, Yoni decided to enter into real estate as an international broker in the country of Panama. In less than two years, his company grew to the largest real estate brokerage in the country with over 40 agents and $70 million in sales.

Yoni recalls, “It wasn’t easy. I remember there were so many times in that first year that I was so close to giving up, but something told me I had to persevere, that I will make it if I can just hold on and not let go. Failure was never an option.”

Yoni started Energy Management Systems in 2007 and relocated to the United States. He built the company into an international manufacturing supplier of power efficiency systems. It is through this process that Yoni was introduced to the direct selling industry as a mass market distribution platform.

“We designed MWR Life with a bottom-up compensation plan, so that the average person can achieve success in a very short period. If the vast majority of our Lifestyle Consultants are successful, that means that the company will thrive in the long run,” he states. “We set out to fundamentally disrupt the growing services sector, and in the process, help every day people realize their life’s true potential.” Read less…

After completing college, Paul spent several years traveling the country, eventually becoming the top national salesman for a popular merchandise brand. It was during this time that he was introduced to network marketing, and in 1995, he became the youngest Executive Director with one of the largest telecommunications companies in the United States. He had the privilege of building and training a representative base of thousands, and learned about how powerful residual income can be!

With over 25 years of building direct sales teams and successful business ownership, Paul’s wealth of experience brings a tremendous value to MWR Life. He has helped build, train and lead large national sales teams numbering in the tens of thousands, and leads with a servant heart. Paul also heads up MWR’s national training program and is passionate about helping each and every Lifestyle Consultant achieve their “Why”. Read less… 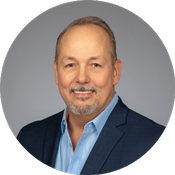 Kevin grew up on a farm in Iowa and caught the entrepreneurial spirit at a very young age. He was just 12 years old when he saw his first board plan and 16 years old when he attended his first motivational seminar. Being exposed to the industry at such a young age, he couldn’t wait to turn 18 so he could enroll in his first network marketing company. Since then Kevin has built teams with multiple companies where he has created, managed and taught systems that have collectively helped hundreds of thousands of people succeed in the industry.

His vision and experience in building systems has also helped him and his wife start, build and sell 4 successful traditional businesses over the last 35 years.

Kevin brings a combination of skill and vision to MWR Life as he has the ability to envision, design, develop and deploy systems, training and tools while at the same time, aligning the collateral and messaging to create clarity to all of our Lifestyle Consultants. Because as he would say, “Clarity is the seed of confidence and confidence is the root of all action.” Read less…

This Plan is for the USA And Canada